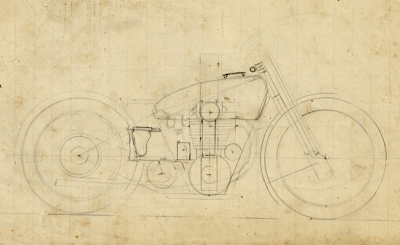 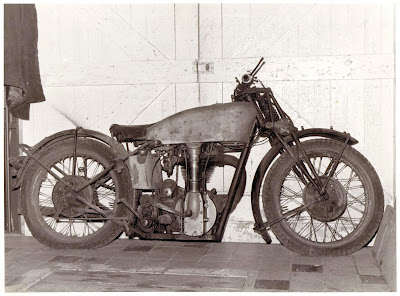 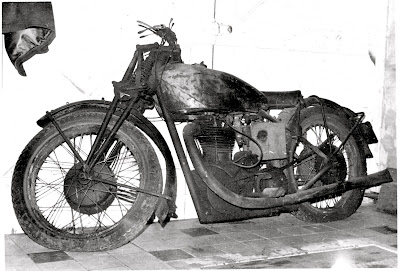 These pics were sent to me by Peter in the Netherlands; it's a Norton he has known for half a century. It used to belong to a chap called mr van der Knoop, an engineer who had his training in Germany and later ran a workshop in the Netherlands. Van der Knoop had his own ideas about what vehicles should look like; he chopped the roof off a Mercedes when he preferred to ride a convertible and replaced the straight-six petrol engine from his BMW car by a diesel engine to save fuel! 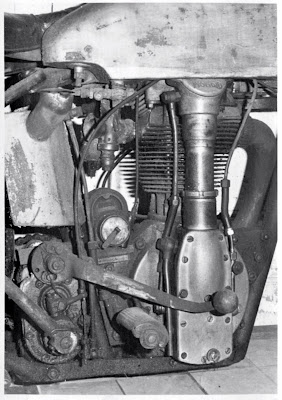 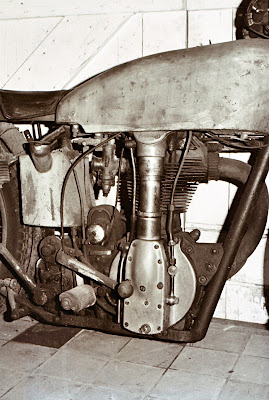 This Moore-engined CS1 is rather special too; the frame is a one-off, welded, without the use of lugs. Further, the engine has been seriously modified and most notably, it uses the drive side crankcase half of an early pushrod Model 18. The metal sleeve was required to fit the larger-diameter bearing as used in the CS1 engine. No coincidence either, the bike came with TWO engines modified in exactly the same way! Not sure whether van der Knoop or someone else made these modifications but the drawing at the beginning of this blog post came from van der Knoop's inheritance. 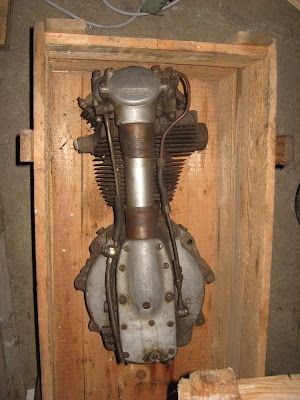 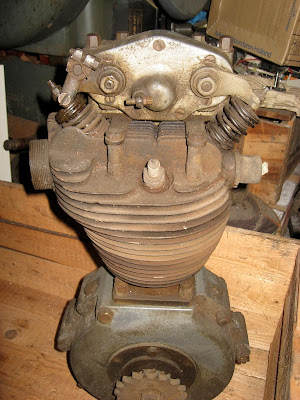 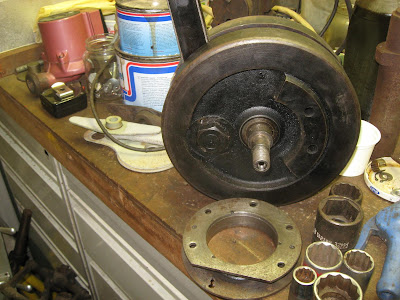 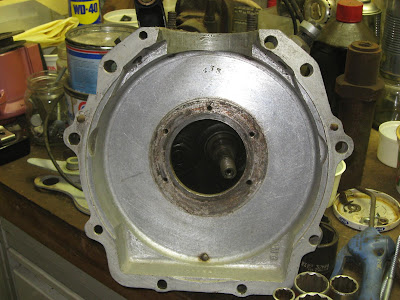 Peter acquired the Norton and parts in 1971, after van der Knoop had passed away. The Norton had already spent some decades in a garden then and suffered accordingly but Peter is confident it can all be fixed. 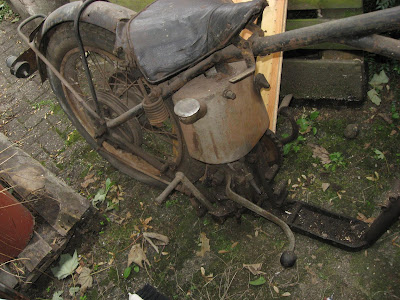 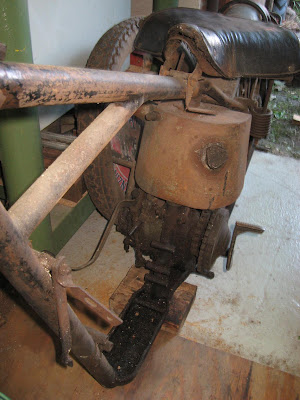 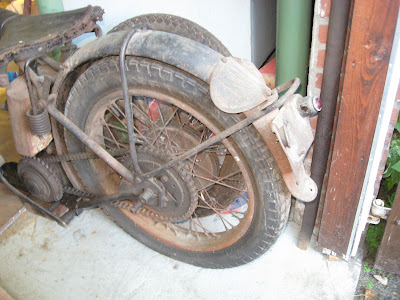