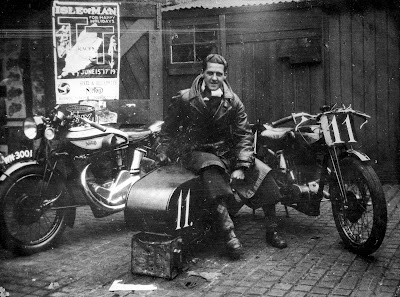 Steve: "This is my grandfather R J D Burnie (in the pictures) and most of these photos were taken at Pendine as this is where he was from... but he did also race at Oxwich, Brighton, Southport, Shelsley Walsh, Ulster and others... he was the chief accountant at Fort Dunlop and raced purely for fun. I have two scrap albums of his with newspaper cuttings from the thirties and fourties which is where I have managed to get most of my info from and then in '47 he get tranferred to Durban as internal auditor in a new Dunlop factory. Before leaving he was one of the most successful amatuer racers of his time..." 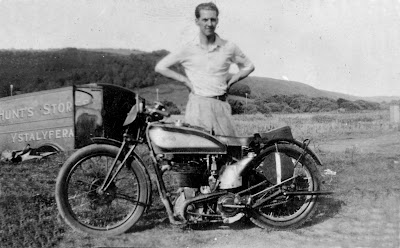 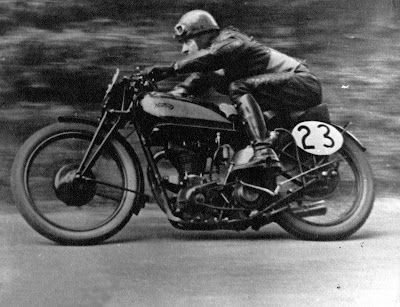 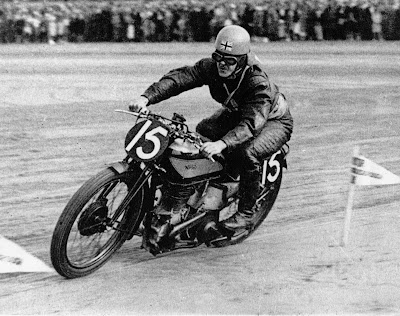 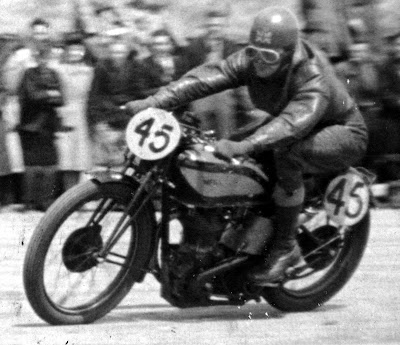 Simon: "Some pics were obviously taken at Sand events and some seem to be road races but just where I do not know. It is not easy to be too sure about which models are which from the action photos. However, both bikes in the top photo are from 1928/9. The one on the right is an ES2 model and the one on the left may be an ES2 or a CS1 (they looked the same from the drive side!). I would think the photo was taken two or three years later - perhaps in the early thirties - as the front brake lever on the r/h bike has been changed to a later design. 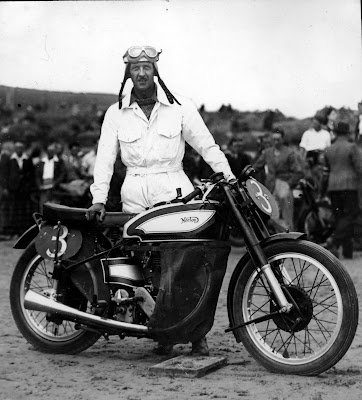 The machine with telescopic forks and plunger rear suspension is a post war Manx Norton - as sold to the general public in the period up to the early fifties when the featherbed framed models came into the picture. 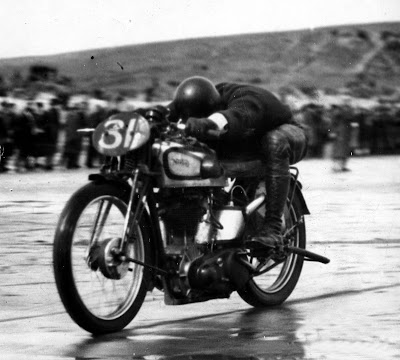 The machine with riding number 31 looks to be a just pre-war CS1 model - note full chain case over the primary chain and detachable front brake drum on left hand, while I think the other shots are all of the same machine (riding numbers 1,15,23 and 45) and this looks like a Model 30 (the 490 cc OHC racing model) from about 1933/4." 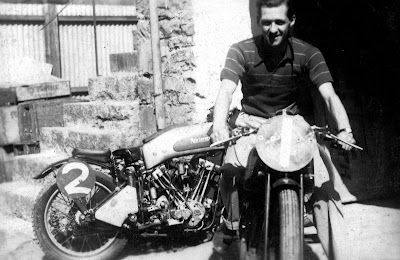 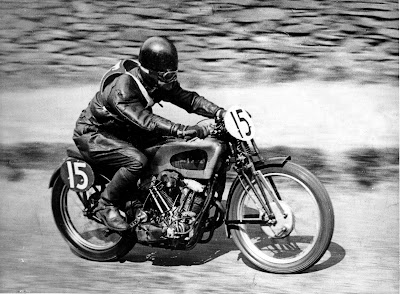