Rob has got himself another Norton and this is the story that goes with it: 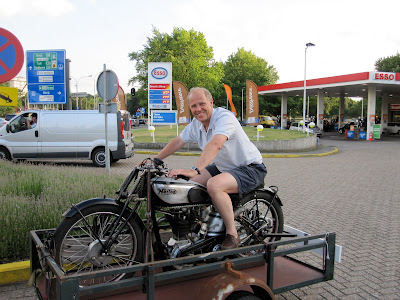 "This International Norton was advertised recently on PreWarCar and when I looked at the photos I immediately recognized the motorcycle. This Norton once belonged to an old friend of mine, Ko Konijn, who died approximately 12 years ago at the age of 62. As far as I can remember from what he told me, Ko started collecting motorcycles at a young age, in the 1950s and his special interest was Norton... His house was like a museum and there were Nortons all over the place! There were Nortons in the hallway, in the living room, in the kitchen and in his bedroom... Ko had it all, but very few people were ever allowed to see the bikes and fortunately I was one of them. Unfortunately, Ko's health prevented him from riding his beloved motorcycles but he did take very good care of them. After his death his bikes were inherited by his family and this 1932 Model 40 International is one of the few bikes to leave Ko's collection. 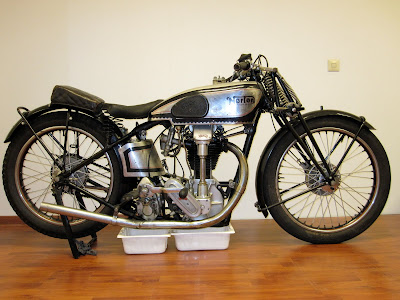 Contact was made with the vendor, a friendly chap in Belgium and John and I took the car and trailer, and a stack of cash and met with the vendor and his family on a parking lot in Antwerp...tough negotiations followed but inevitably the Model 40 came back to Holland. 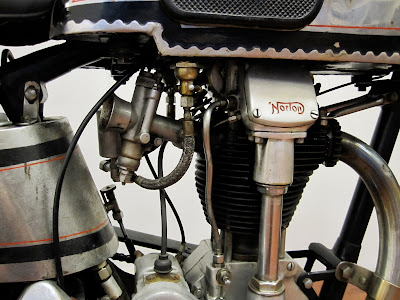 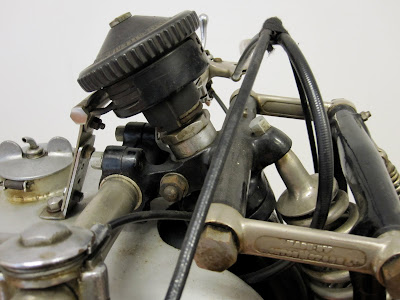 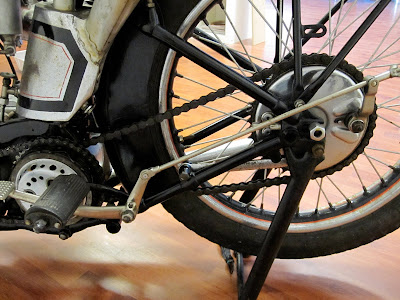 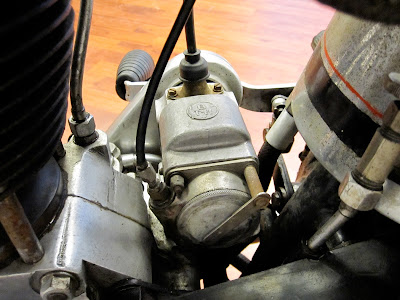 The Norton looks like it has been used for racing in the first decades of it's life. Some parts have been repainted and the motorcycle bears the scars of competition. The front forks may have been changed at some stage and the four-speed Sturmey Archer racing gearbox as fitted started life in a 1931 Model 30. The Norton is still on obsolete Englebert tyres front and rear. This looks like a motorcycle that has seen some proper use but that has not been restored. It has probably been in storage for more than 50 years...exactly like you would like to find them. And added to the surprise, it starts and runs very well! Regards, Rob"
Newer Post Older Post Home