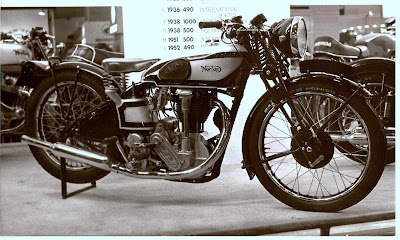 This Norton was photographed at the Racing and Sporting Motorcycle Show at the Horticultural Halls in London, around 1972. It's a road-going 490cc International of 1936. There was a display of machines from the Richards and Wallington collection, and this one was particularly attractive. Roy Richards was later to set up the National Motorcycle Museum which subsequently burnt down in the famous fire, so not sure if this fine machine survived.

and a comment by Pa Houlihan: "Not sure if it's the exact same bike but it is a 1936 Model 30 at the National Motorcycle Museum; this photo (below) was taken in April 2008". 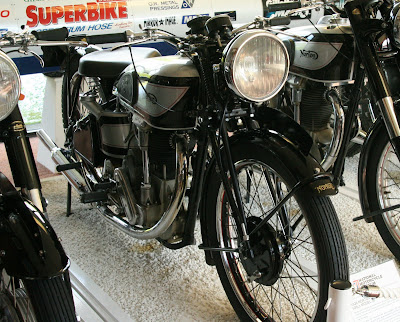