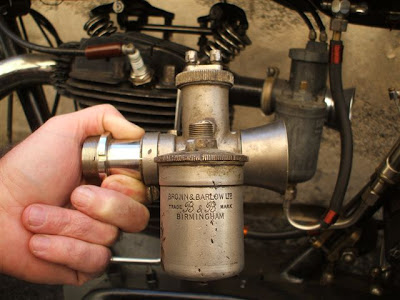 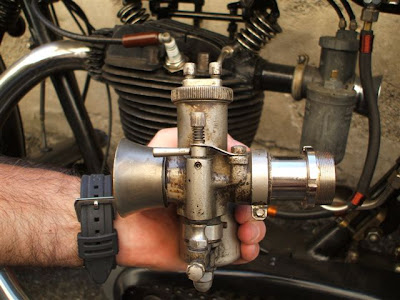 Giulio, owner of this 1924 Model 18 Norton sent me these pics to enquire whether this carb should be fitted to his Norton. 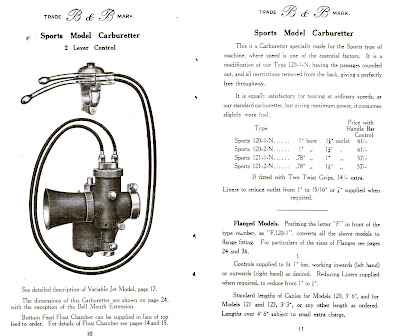 Simon: "The carburetter is a B & B but not the type fitted to OHV Nortons in 1924 as far as I know. It is an earlier version and I think was used on some Nortons and doubtless many other bikes, up to and including 1923. Above an excerpt from the 1924 B & B brochure which shows the 2 lever Sports Model used on most OHV Nortons during the mid twenties. The illustration shows the carburetter fitted with a top feed float chamber. Nortons used the bottom feed version."
Newer Post Older Post Home