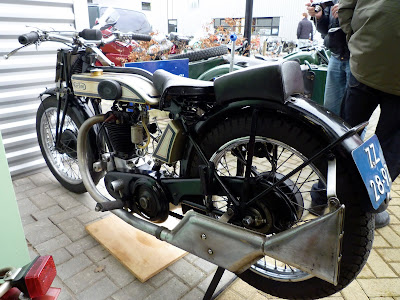 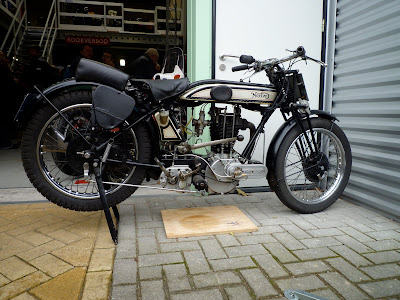 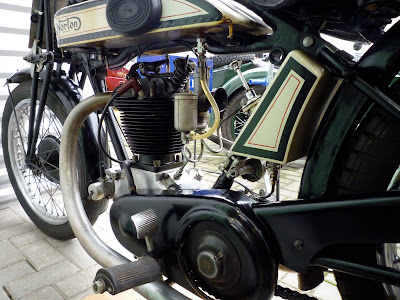 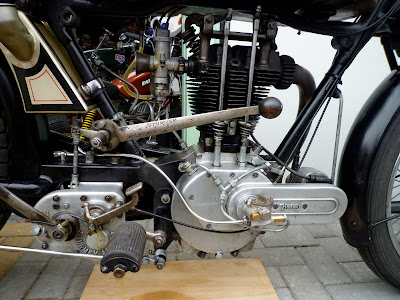 Koos, the chairman of the Dutch VMC bought himself a nice Model 18 Norton and Simon checked the numbers;

So it looks as if the crankcases came from the 17C side valve model and a later overhead valve top half and con rod were fitted, and perhaps flywheels too.

Notice that despite the June 1927 despatch date the steering damper anchor is what is generally accepted as the 1928 type. This seems to show this minor improvement came in earlier than the Autumn of 1927, when the 'new for 1928' models were introduced with 19 inch tyres, rounded oil tank, Mk IV Best and Lloyd pump etc.