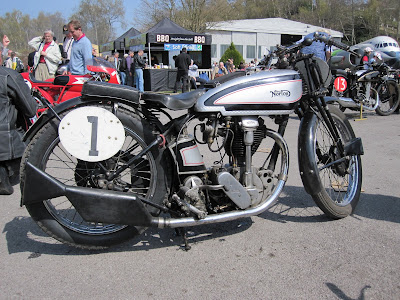 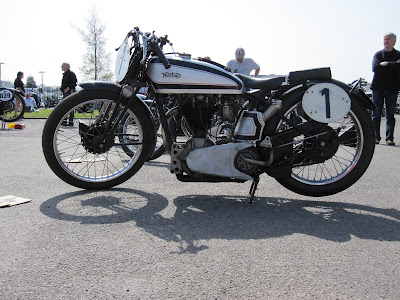 This machine was supplied by the Norton works for the 1933 Grand Prix with a specially tuned 350cc engine. It was used in road races and was first raced at Brooklands in 1936 in the Hutchinson Hundred by JB Moss. By the end of 1937 it was becoming uncompetitive in road races so it remained at Brooklands where the rigid frame was not a significant disadvantage. 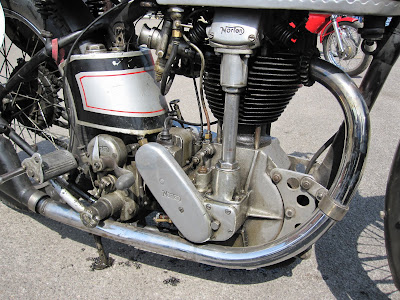 When war ended racing on the track it was sold to Ray Petty for use as a means of getting to and from the Vickers works at Brooklands. In 1947 it was sold to Denis (Jenks) Jenkinson who raced it in events at home and on the continent. At a race in Belgium Jenks blew up  the original 350cc engine which was replaced by the current 1950 500cc engine. This is where the confusion comes from; originally a Model 40 it may now be described as a Model 30 International. 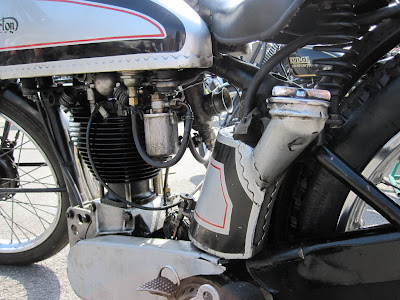 Jenks loaned it to the Brooklands Museum in 1990. Still on permanent display in the museum, it was aquired by Roger Bird who uses it in special events like the Spring Motorcycle Gathering; the YouTube film below shows Roger storming Test Hill in fine style.