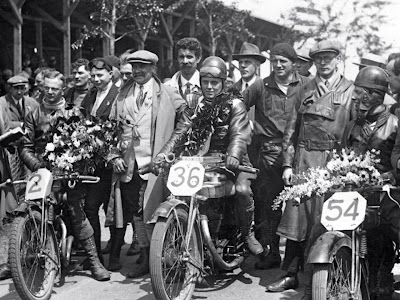 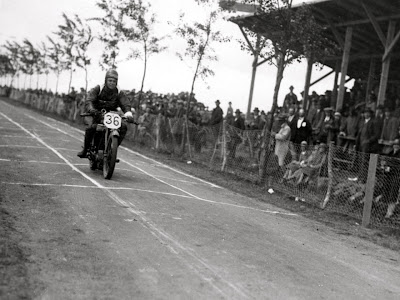 The original Assen racetrack, in the north of The Netherlands, was first used for the Dutch TT in 1925. Winner of the 500cc class in both 1925 and 1926 was Piet van Wijngaarden on a Norton. The pictures above show Piet (number 36) on the 26th of June 1926. The Norton most probably was a Model 18; the Model 25 did not really exist as a catalogued model until the autumn of 1926 but 'go-faster-bits' could be ordered from the factory and seem to have been fitted; note the very high filler neck. As the race was on public roads, fitting a horn must have made sense! 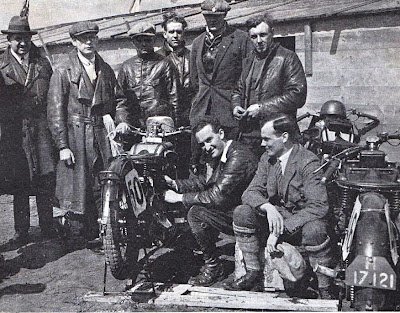 Going international in 1927, Stanley Woods joined the Assen TT and won the 500cc class on his Moore designed CS1. The photo shows Stanley working on his Norton; Piet van Wijngaarden watches. The flat tank Norton leaning against the wall on the right could be Piet's Model 18. 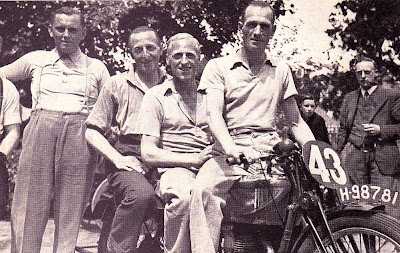