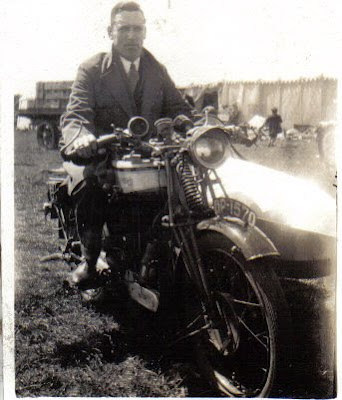 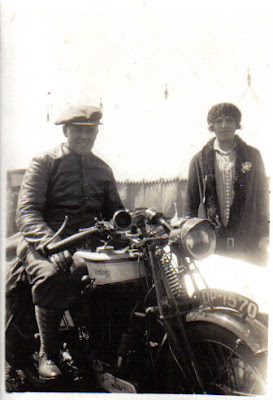 Another contribution by Howard; snapshots and not too much detail but still very nice photo's.

It's a circa 1927 Model 19 outfit. The lining on the tank at first glance suggests a Big Four sidevalve model but the pushrods are clearly visible. The square oiltank indicates that it was built before 1928 while the large 7" front brake suggest 1926-1927.

The petrol tank looks like a long range tank such as fitted to LPD1 in the picture below. Lots of other extra's: the front fork is a braced Webb and I can see a speedometer. 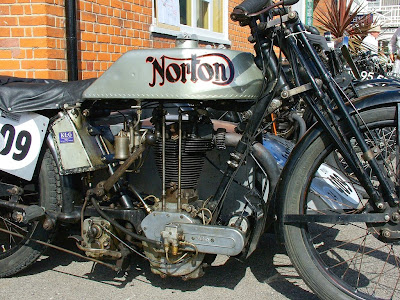 Roger's comments: "The tank on the sidecar outfit is one that was an optional extra for 1927 and was based on the tank that Stanley Woods used to win the 1926 TT. The strap for the steering damper can be made out in one picture. That would date the outfit to 1927 as the tanks proved fragile and were replaced by a saddle tank the following year. The registration is a Reading one and the records had survived but subsequently destroyed. That's a shame as it seems to be a lot earlier than 1927 as it started in 1903."
Newer Post Older Post Home