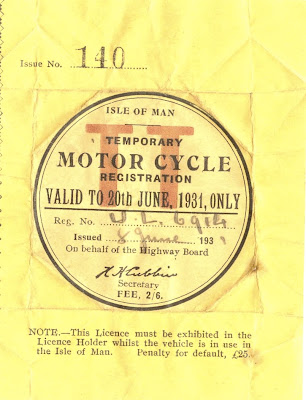 "The pic above depicts a special tax disc that was issued in the Isle of Man during TT week. It was in the tax disc holder on my 1929 CS1 and bears it's registration number UL6914. As you see it is for the 1931 TT week and what is unique about it is that it had been folded rather than had the outside cut off thus preserving the yellow colour. You will also notice that the penalty for not displaying it is £25 GBP! 79 years ago you could buy a bike for that amount." 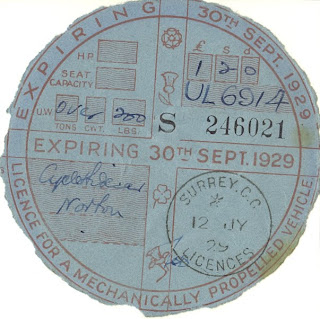 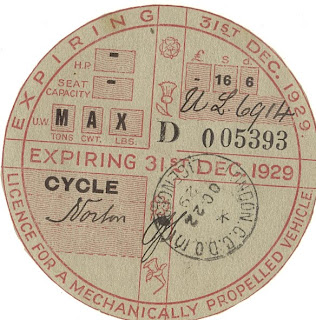 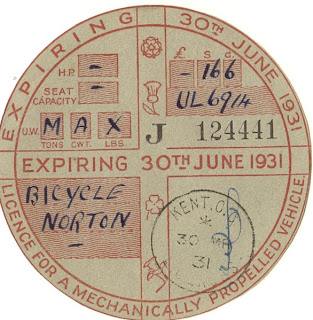 Three other tax discs were found with the machine. As the CS1 was dispatched on 23-4-1929 two of them are for 1929. What happened to the bike after 1931?
Newer Post Older Post Home