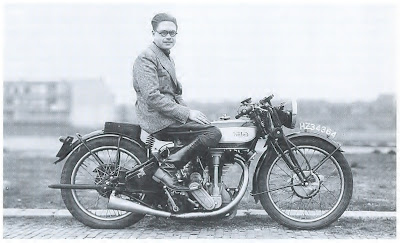 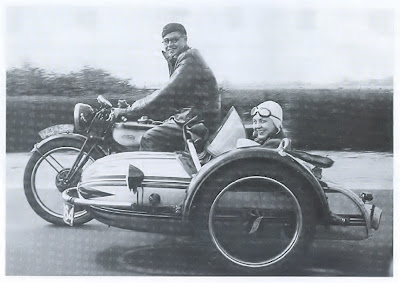 Charles Burki was born in Indonesia ("Nederlands Indie"). From a very young age he combined excellent skills as an illustrator with a strong preference for technical subjects. When he settled in Holland in the middle of the 1930s, motorcycles were his favorite subject. He made many illustrations for the Dutch motorcycle magazine "Motor", like the one below (that must be a Norton M20 and a translation is not required!). It will not come as a surprise that he spent his earnings on fast motorcycles and in 1935 he bought an M30 International. Used solo for two years it was then hitched to a Steib sidecar; that's his wife Sophia in the chair. 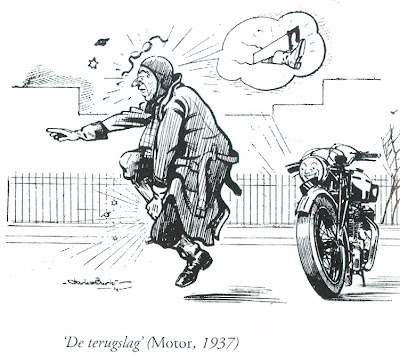 In 1942 Charles was captured by the the Japanese and he spent three years in prison camps in Indonesia and Japan. Miraculously, he first survived when the boat he was travelling on was sunk by a torpedo. Then, on the 9th of august 1945, he survived the blast of the "Fat Man" atomic bomb that destroyed Nagasaki from a distance of less than 2000 meters.

The drawings below were made in the Fukuoka 14 prison camp in Nagasaki on pieces of scrap paper that he had found. Obvious, they were made from memory. 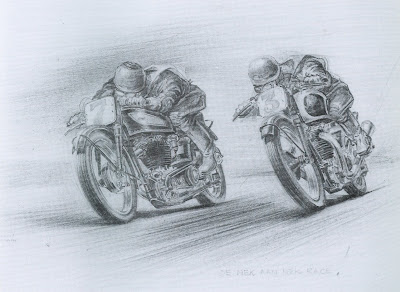 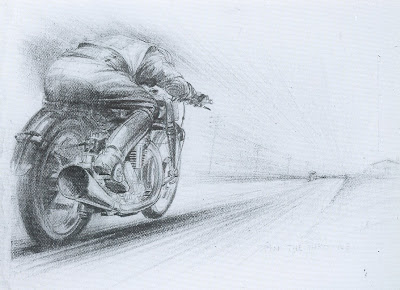 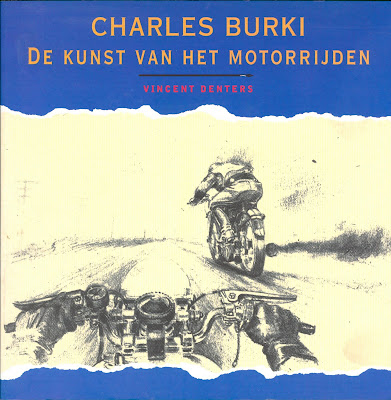 After the war, Charles continued to make a living drawing illustrations for companies such as Philips, Fokker and DAF, and off course for "Motor" magazine;  read more in the excellent book by Vincent Denters (above).
Newer Post Older Post Home