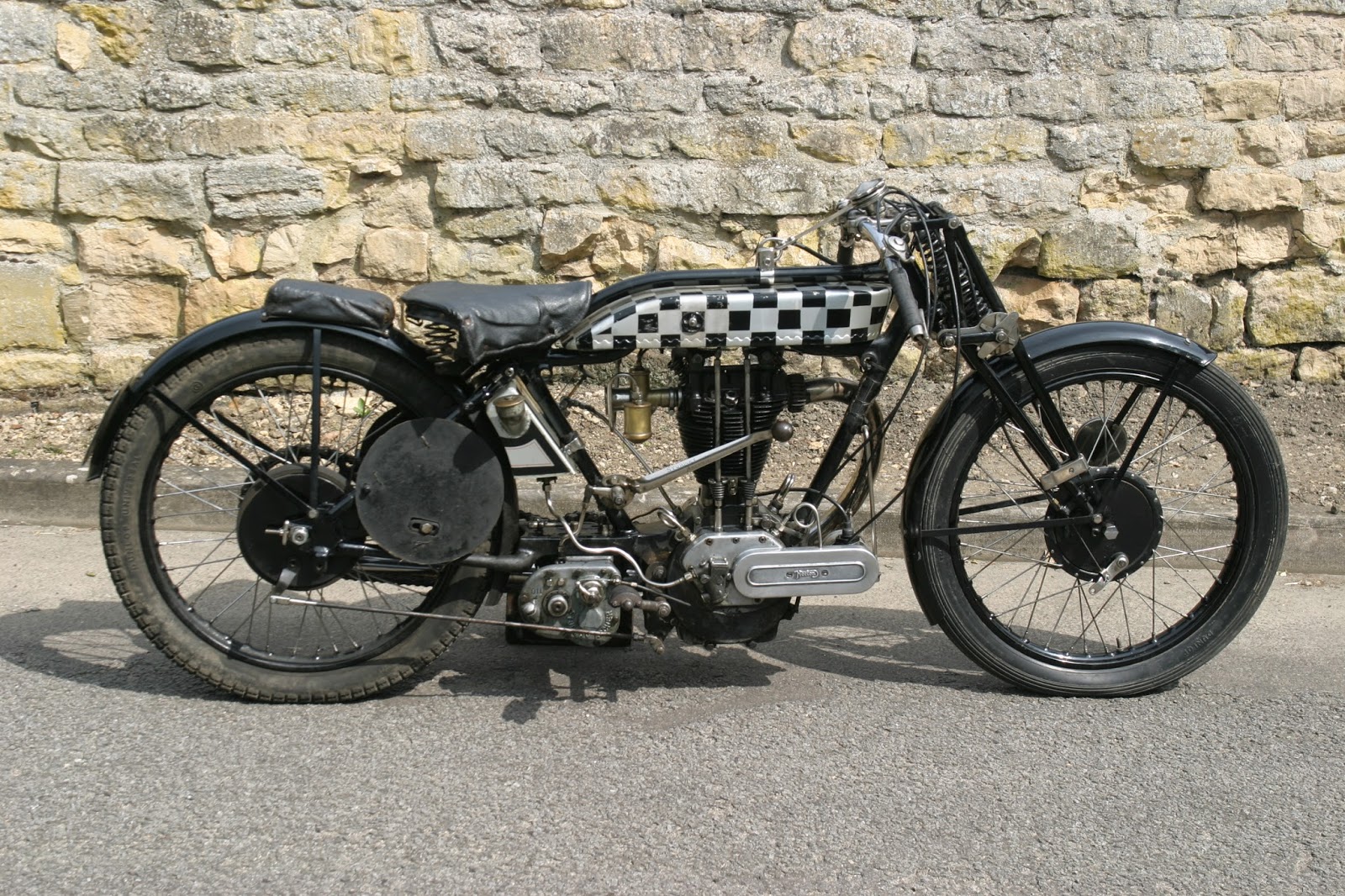 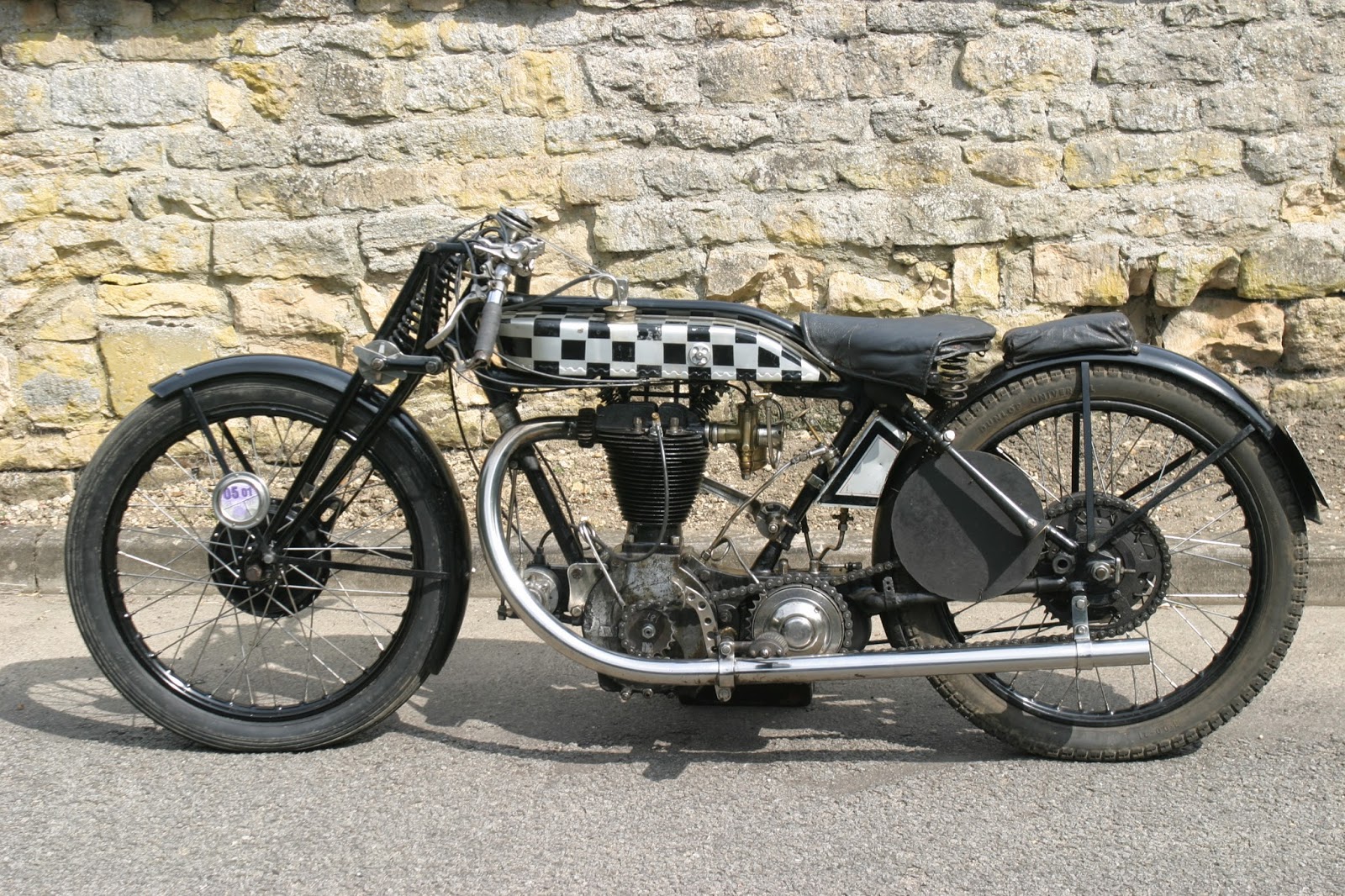 -JdK- Jerry in the UK is selling his flat tank OHV Norton. Please send us an email for his contact details.

-Jerry- "This Norton came to me as a pile of parts back in 1991. I wanted the machine to represent what any builder might have put together in the mid 1920’s and tried to find the right bits to do so. I had to reconstruct some parts (the steering damper clamp, rear brake lever, handlebars (Douglas upside down) and mudguards being the most obvious), while many other parts, like the AMAC levers are old/genuine. The 588 motor has been on "R" since I put it together, it has an AMAC TT carb (converted from needleless to needle) and cams by Wally Flew. It’s also got a later connecting rod with the bigger small end. Freddy Hicks had a chequer board tank like this on his 1924 Brooklands AJS. I used it quite a lot in the early years but as time passed and family intervened she got pushed to the back of the workshop. I'm now offering her for sale; the asking price is £23,000." 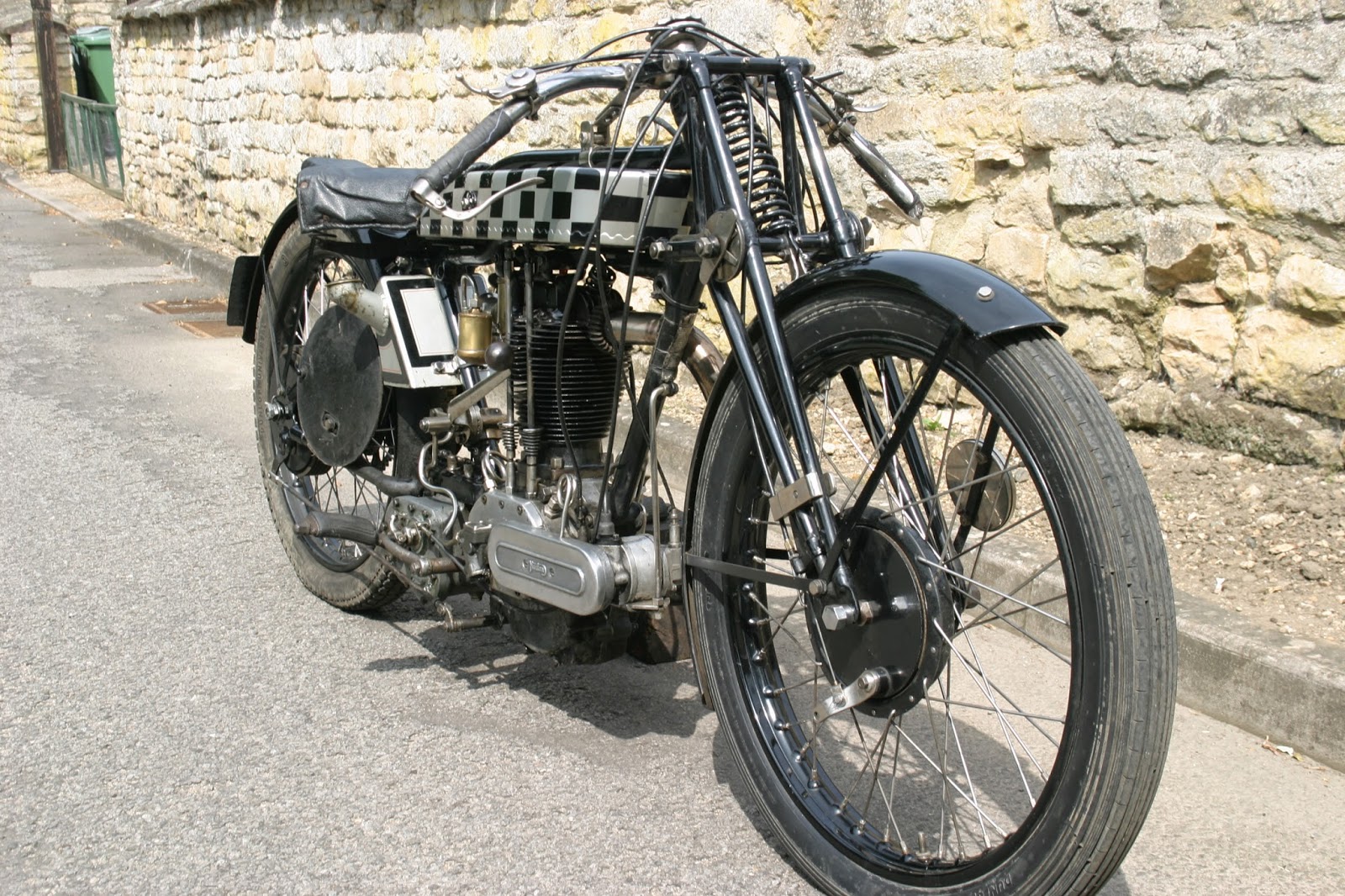 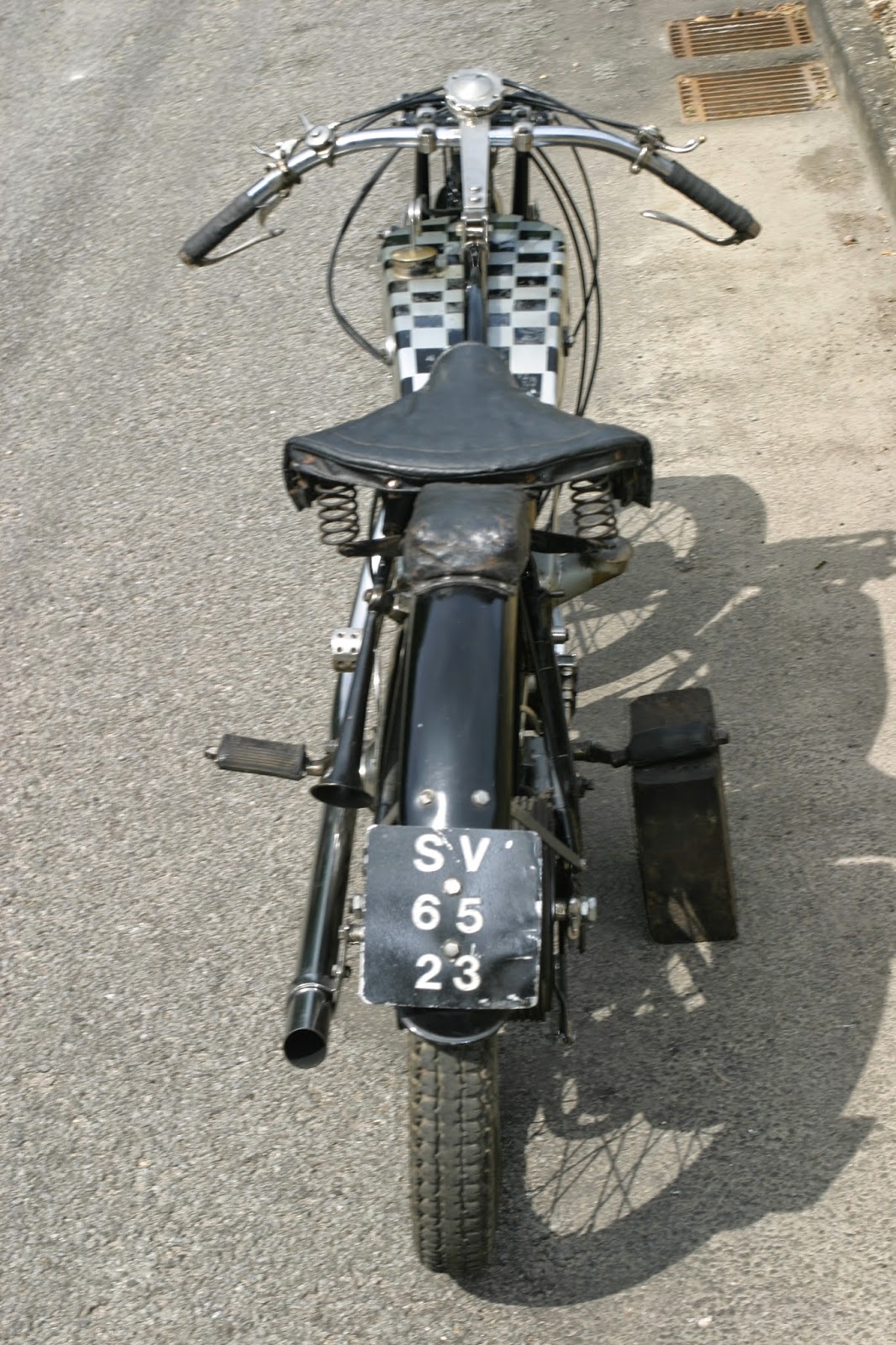 -SG- The bike is a bit of a mixture. A (1927 or earlier) 588cc engine from a four speed Model 44 has been shoehorned into a standard Model 18 frame. This Model 18 frame has been stamped with the number of the Model 44 that came with the engine and while the numbers are now matching this is obviously is not correct. The right-hand side engine cover and oilpump come from a later (1928/9) Norton which explains the rather strange and redundant oilpipes above the cams. The gearbox has the first gear in the middle position; many 1924/5 OHV Nortons, and some side-valvers, were fitted with this arrangement, which, from personal experience works very well. The problem with it is simply that it was primarily used in the 'fine pitch' CS gearboxes and these do not stand up well to the increased urge achievable from a mid twenties Model 18/19 engine and in 1926, the gear pitch was changed to something stronger. Kickstart, main stand and chain guards (no luxuries!) are missing.
Newer Post Older Post Home